I first heard the haunting voice of Ferns Tosco when she sang “Island Called Boracay” during a food fest night in Kalibo, Aklan. That time I was with the company of the Iloilo City Hall Press Corp, we were on a Lakbay Aral with DOT, touring half of Panay Island. We were rediscovering the beautiful tourism spots of Antique, Aklan and Roxas. 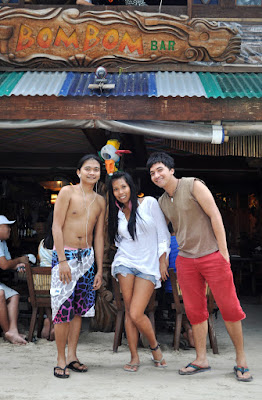 That fateful night in Kalibo, I was captivated by Ferns’ guitar playing and beautiful singing, even more so than the food actually. Ferns sang a mix of 80s and 90s hits but the song that stuck in my mind is her very own composition “Island Called Boracay”. Unfortunately she only sang one set that night. I learned later on that she had to go to Boracay because she  also had a gig scheduled there at Bom Bom Bar and Pat’s Creek Bar.

After that night I resolved to find out who that amazing singer was. I didn’t know her name yet only her song “Island Called Boracay”. When I got home after the tour I tried to google her song but I didn’t find a trace of it – which is actually good because that means that no one has pirated her songs yet ( and I hope no one will ever do so of course). I only got a break when I found a feature article by Choose Philippines about her,  her song and her band. In that article I learned that the owner of ‘the haunting voice’ is Ferns Tosco, a singer based in Boracay Island. I immediately looked her up on Facebook, then messaged and added her, within minutes she accepted my friend request. She was really nice and I told her then that I heard her sing when we went to Kalibo last June. The next day I messaged her again and asked her if she could grant me an interview. She said Yes! So that’s how I got to meet Ferns and her talented bandmates – Nash Tabay and Jay-Ar Pague.

On July 25, Tim and I went to Boracay. Ferns and her bandmates met us at Bom Bom Bar for the interview. There I learned a lot not only about the making of a wonderful singer but also about the latest news and issues that Boracay Island is facing. Will write more about it later. 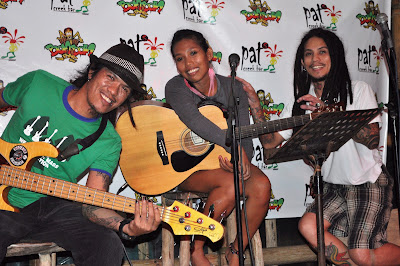 They actually stopped singing and posed for me here!

Ferns Tosco has been living in Boracay since she was 9 years old. She used to sell cassava cakes at her Tita’s store/boutique with her sisters. When she was in high school, her older sister got married to a Swiss national and together they put up a real estate company which is now known as SPR Real Estate. Back then they were still studying at the mainland (Kalibo) so every weekend they stayed in Boracay at her sister’s office.

When Ferns was still in college, she and her 3 sisters had a band based in Kalibo called “The Sisters”. They played the drums, guitars and bass. But they lasted only for 2 months because all of them were still in college and  their mom didn’t approve of their band because she wants them to focus on their studies first. 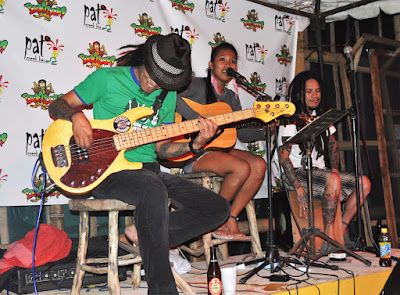 But Ferns pursued her dreams so now she has her very own album which has been out for 4 months. It was released April of this year. There are 9 tracks in her album titled “Island Called Boracay, Ferns Tosco”. She wrote 8 of the songs except “See You In The Philippines” which she collaborated with her good friend Armand TJ. Armand TJ was the one who wrote the lyrics. Armand is also the guy behind the song “Bora-bora -Boracay”.

Ferns has been writing songs since she was 12 years old. She used to play the drums for their band but when she learned how to play the guitar that’s when she started writing the lyrics of her amazing songs. She shared with me that sometimes she wakes up in the middle of the night then she writes down the lines of a possible song. She said that she won’t be able to go back to sleep unless she writes down what’s on her mind. Back then she had a notebook and pen ready on her bedside but now she always has her iPad with her. And then the moment she wakes up she picks up her guitar and composes the melody which will accompany the lyrics that she wrote the night before.

All of her songs has a story. For example, “Broken Home” which has become a favorite of her friends and fans  is about her father who left them when she was born. I listened to this song and this is the saddest track in the album. 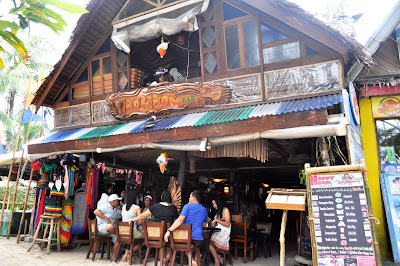 Before she went to Europe she used to play at Shangri-La Resort and made the rounds of all the bars in the island. She also played in events such as weddings and conferences along with her bandmates and friends. The singers/artists in the island all help each other. Their band goes by the name “Ferns”. Nash who was present at the interview said that it is okay with them because their band supports Ferns. All artists in the “Isla” – which is what they fondly call Boracay – support each other. Since Ferns got back from Europe she has been playing at Bom Bom Bar and Pat’s Creek Bar which is owned by Bambi Sacapaño and Pat Sacapaño respectively.

Ferns is also thankful to the local LGU of Boracay because they have been very supportive of her album. In fact, her song “Island Called Boracay” is the background music of the latest promotional video produced by the LGU and the mayor.

No band or artist from the island has actually made it big in the national music scene yet. I jokingly told Ferns that she will be IT! She’ll be big not only nationally but also internationally. 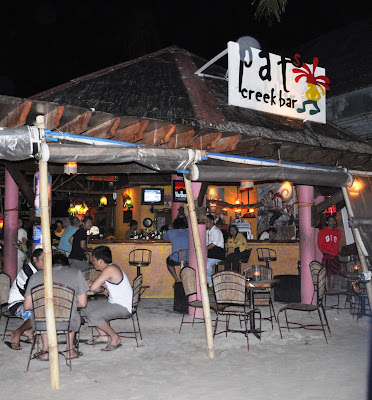 Ferns wrote “Island Called Boracay” while she was on an airplane from France and on her way to Denmark. She finished writing the song when she got home to Boracay. The song took 5 months to finish. She also composed the melody on her own. Ferns grew up in Boracay so when she went to Europe she missed the island so much which prompted her to write the song. She missed the ambiance, the environment because Europe is so different from what she’s used to in the island. 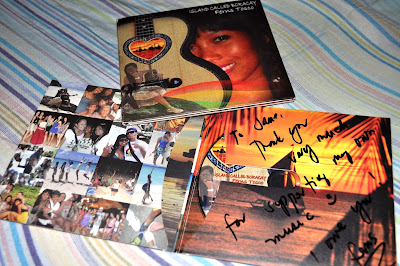 Ferns recorded her album in Manila and it was produced and replicated by Vehnee Saturno’s company. With her Ate’s initiative she had 1000 copies produced with the help of her friends and sponsors. Ferns’ album is available for sale at Bom Bom Bar. It is also available at Kalibo Airport. In Europe (Belgium, France, Denmark) her sisters also sells copies of them. She is currently promoting her album in Kalibo and Boracay. She is going to Europe later this year to promote it there as well. Foreigners love her songs and I am sure that with proper promotion her album will be loved by Filipinos too. Radio stations in Boracay and Cebu currently plays her songs. 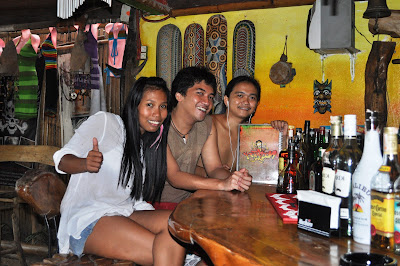 Ferns said that a lot of people are messaging her on Facebook asking where they could buy copies of her album. The cost of shipping is much higher than the album so she and her friends/producers are currently working on making the album available online where payments can be made via Paypal. She hopes that she can have it available on iTunes soon too. Ferns said she will be releasing another album next year.

Ferns has guested in Yeng Constantino’s show Music Up Late. She guested there before she has even released her album. She has also been featured at Bandila, ANC and Choose Philipines.

Like all other artists, Ferns is also afraid of piracy. She hopes that people would support her and buy her album instead of downloading or uploading them somewhere unauthorized. 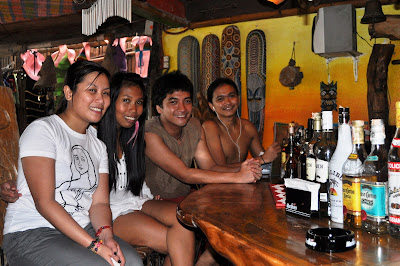 Ferns and her bandmates shared with us about the current issue that Boracay is facing– the pending  plans of putting up casinos in the island. The locals are all rallying against it. She hopes that this issue will be over soon. No to casinos in Boracay. 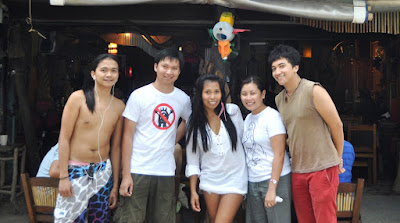 Not only did I get to meet the beautiful person behind the amazing voice but I also earned new friends. Again thank you so much Ferns for sharing your story with me and Tim. Thank you also to Nash and Jay-Ar. Thank you so much guys for trusting us. We wish you the best of luck and like I told you in the interview – you are going to go a long long way.

You can find Ferns and her friends at Bom Bom Bar and Pat’s Creek Bar located at Station 2 every Monday, Tuesday and Friday, 9:30PM.

**For the list of the tracks in Ferns’ album please watch out for my next blog post.

**I will also be sharing the lyrics of “Tala” soon so watch out for it.